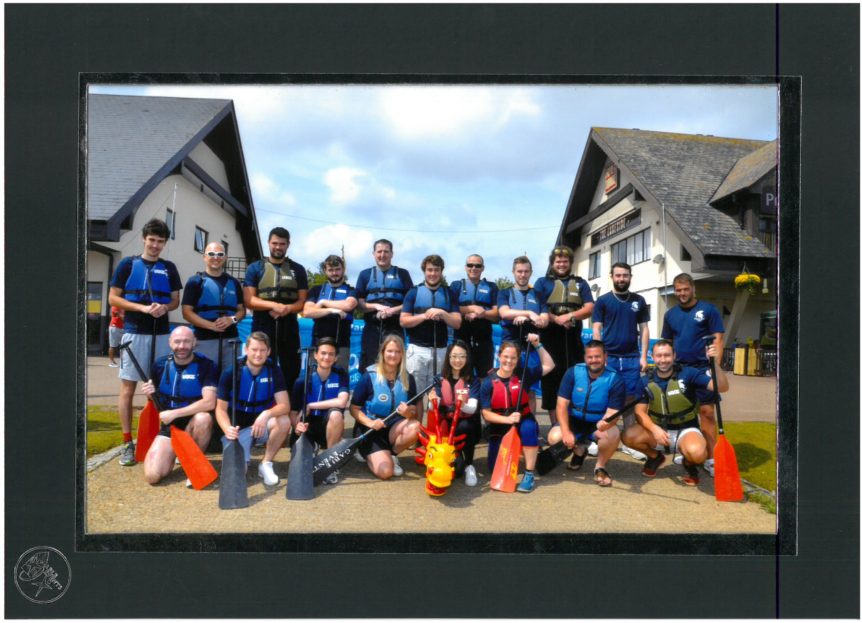 The Dragon Boat Festival was held on 19 June 2016 at Willen Lake in Milton Keynes for the 2nd year. Topdrill Ltd entered a team aptly named the “Topdrill Titans” and as part of our Gold membership fee, sponsored one of the Dragon boats and a Marquee along with a portion of funds being donated to Age UK, whom we are proud to be able to sponsor.

After a Crew managers meeting and a couple of Costco pastries later, it was 11:15am and time for our first race.  Topdrill Titans got off to a slow start finishing with a respectable 3rd place with a time of 64.14 seconds.  We decided to change tactics and rowed with only 15 crew members for our second race.  This proved to be an invaluable decision as we managed to beat our rivals and came in 1st Place with a time of 61.49 seconds.

Our third and final heat we used a full crew once again and rowed in at 62.63 seconds, which together with our second row got us into the much anticipated Semi-finals.  The Semi’ final was a significantly faster row coming in at 60.98 seconds but unfortunately we just missed out on the final by 0.64 of a second.Although we were disappointed not to make it into the final we did manage to improve our position overall from 12th place in 2015 to 6th place this year, out of a total of 56 teams and without any practice.

Just imagine what we can achieve next year…….

Watch out 2017 teams, Topdrill Titans are becoming a formidable force to be reckoned with.